Dmitri Shostakovich's Allegro from Symphony No. 10

This music was composed just after Joseph Stalin's death. The composer wanted us to hear the conflict between Stalin and the Russian people.  Which families of instruments represent the people and which are playing the part of Stalin's military?

(Hint: The piece begins with the Russian people...)

On March 14 & 15 the Chicago Symphony Orchestra

will present "Sounds of CONFLICT, Sounds of PEACE."

You can prepare for the concert by listening to and

learning a little more about the music before you go!

John Estacio's Untimely Elegy from Victims of Us All

This Canadian composer describes this piece by saying it "was inspired by the tragedies that happen time and time again when innocent people are affected by senseless, needless acts of violence."  He paints a picture of this unfortunate reality with a melancholy victim’s melody which pleads to be allowed to continue but in the end is overwhelmed and silenced by violent sounds.

​(This music is not available online--you'll have to wait for the concert!)

Movies can temporarily take you away from your troubles. The film's score helps in that escape.  This composer mostly wrote music for movies and this piece was based on his theme for "The Prince and the Pauper."  How many different ways can Korngold use this theme?

Copland has said that he hoped to suggest the mysterious sense of fatality that surrounds Lincoln's personality as well as the President’s gentleness and simplicity of spirit.  Using two familiar tunes of this time, "On Springfield Mountain" and "Camptown Races" his music also calls us to reflect on the Civil War, arguably America's greatest conflict. Do you think Lincoln's words create conflict or promote peace?  ​​(No hints here--what do YOU think?) 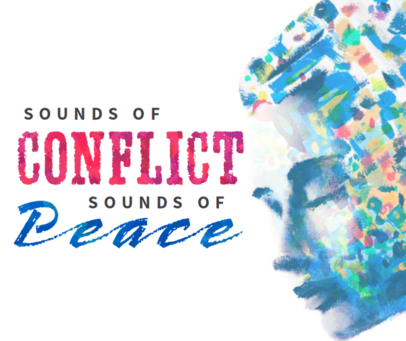 Does this music sound more like CONFLICT or more like PEACE?  What did the composer do to make it sound that way?

(Hint:  Think about things like the dynamics, the tempo, the number

This concert focuses on how composers create sounds of conflict and sounds of peace but in addition scientific studies conclude that music helps us to handle conflict in our lives and can help our bodies and minds to be more peaceful.  Here are some links to that!

7 Undeniable Benefits of Listening to Music

Each performance of this piece is uniquely different because the musicians play their part based on the beating of their own heart or the speed of their breathing! Can you tell which instruments are "breathing" and which are playing the heart beat?