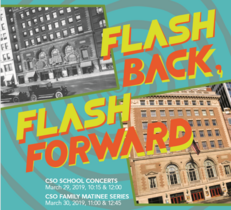 In January 1924 while Gershwin was relaxing at a local pool hall in New York, his brother Ira read in the New York Herald Tribune that George would be performing the jazz concerto he was currently composing at a concert titled "What Is American Music?" in just a few weeks. The composer had actually not begun the work.  While on a train to Boston for his new musical's premiere, he was inspired by the rhythm of the train to compose what today is considered one of the greatest American classical works. At our concert,  Yerin Yang (Winner of the 2018 Crain-Maling Chicago Symphony Orchestra Young Artists Competition) will be performing on the piano.  She says, "I love the free, improvisatory feel of the Rhapsody!  It feels like I'm almost the once creating the music as I play."

Watch and listen to Rhapsody in Blue with Leonard Bernstein as the soloist.  Does it sound to you like he's making up the piano part as he's playing?  (In truth, the first time the piece was performed, Gershwin himself played the solo and as he hadn't yet completely finished writing the notation for the piece, he WAS improvising a bit!)  Now watch a short story Benjamin Grosvenor invented to accompany the piece.  Do you think Gershwin may have had a story like this in mind as he composed?  Disney included a different animated idea using the complete piece in their full length feature Fantasia 2000.  You can access information on that HERE.

Mazzoli is the CSO's Mead Composer-in Residence.  She grew up in Lansdale, Pennsylvania and knew she wanted to be a composer when she was 10 years old!  Missy says her early notes for this piece she wrote in 2011 were "loud but slow. light but dark. vibraphone. How to do this?"  She dedicated this piece to her mother, Sheila. Listen to the part we'll hear at the concert below or click HERE and scroll down on the page to hear the entire captivating piece.

Based on the title, what do you expect you're going to hear?  Think about a large body of water you've seen. Now imagine trying to keep track of the water in just one spot.  Do you think this is a piece about seeing the sea or feeling the sea?

Want to read a great about how George Gershwin'sRhapsody in Blue?  Click on the book to your left.

In all, Florence Price wrote over 300 compositions many of which were rediscovered in ​2009 in an attic in St. Anne where she had lived in the summers.

The third movement is meant to represent juba, a rhythmic African dance which incorporates stomping as well as slapping and patting the body.  Watch the video to the right to  hear what that sounds like.  Then listen to how Florence Price adds a melody to the distinctive short-long-short-long rhythm while using the full power of the orchestra.

This popular piece premiered in the U.S. at brand new Carnegie Hall in 1892 just after the CSO was founded. The composer described his composition in this way:  A wanderer reaches the city at nightfall, where a carnival of pleasure reigns supreme.  On every side is heard the clangor of instruments, mingled with shouts of joy and the unrestrained hilarity of people giving vent to their feelings in the songs ans dance tunes.

At the concert, we'll hear the last minute or so (starting at 7:54 on the video to the right). What a great way to start the concert!
​How did the composer make this music sound so joyful?

Tchaikovsky dedicated this symphony to Madame von Meck his patroness and at her request he wrote a program explaining it.  This music was quite personal as he shared it was about "Fate, the fatal power which hinders one in the pursuit of happiness.”  The final movement which we'll hear at the concert leaves us with a hopeful note as the composer concluded,  “Rejoice in the happiness of others and you can still live.”

Tchaikovsky used "The Little Birch Tree," a well-known Russian folk song as the theme for the final movement of this symphony. The notation is below.  Listen for this song developed in many different ways throughout the end of this piece.  Do you find it discouraging or hopeful?

Hector Berlioz's  Hungarian March from
​The Damnation of Faust

Berlioz first had the idea to compose music about Goethe's character Faust when he was only 24 years old but he was twice as old when he composed this Hungarian March.  In this opera, this music is played as Faust watches an army pass and remarks "With such fire their eyes blaze! Every heart thrills to their song of victory."

Listen for the sudden changes between soft and loud.  Why do you think Berlioz changed the dynamics so much for this music? 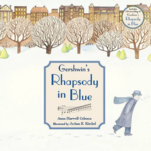 Dvorak came to the United States from Prague to teach also learn about American music.  This, his 9th symphony, was inspired by the music of African Americans, songs of Stephen Foster and Longfellow's "The Song of Hiawatha."

Notice how the melody consistently moves up and then down by skips.  Musicologists agree that the final theme of the first movement is consciously, or unconsciously, inspired by the spiritual “Swing Low, Sweet Chariot.”  What do you think?

This symphony was composed when Price was recovering from a broken foot!  She was the first African American woman to have her music performed by a major orchestra and the Chicago Symphony was the orchestra that did so in 1933!  We're excited to share that the CSO will include Symphony No. 3 in the 2019-2020 season! ​

This second movement incorporates a hymn-like melody consistent with her culture's deep religious beliefs.  Which family of instruments do you hear playing the hymn and which family plays a response?

At the end of March, the Chicago Symphony Orchestra will present

​You can prepare for the concert by listening to and learning ​a little more about the music before you go!

Based on the title, can you guess what percussion instrument we may hear?  Now listen.  Were you right?  What's that second percussion sound you hear tingling throughout
​the piece? How do you think the children who heard this music a hundred years ago felt about it?