Learn more about jazz music through the work of Langston Hughes. You may find The First Book of Jazz or a recording of The Story of Jazz at your local library. 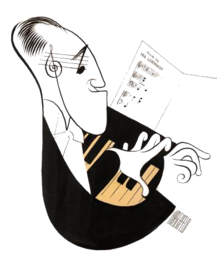 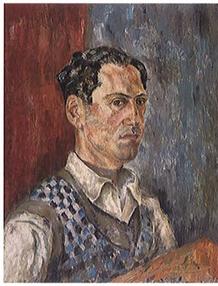 Read the book Langston’s Train Ride​ by Robert Burleigh and talk about how the poet came to believe in himself as a writer. Extend the conversation sharing some of your own dreams and asking your child about theirs.

The FIRST composition Gershwin wrote for piano and orchestra, Rhapsody in Blue, included five memorable themes. Three of them use the standard song form AABA. This means that a musical idea is stated, repeated, something new happens and then the original idea returns. Listen to and learn “I Got Rhythm,” another famous Gershwin tune in AABA, which has become a jazz standard. George used this theme for the LAST piece he composed for piano and orchestra, Variations on “I Got Rhythm.” 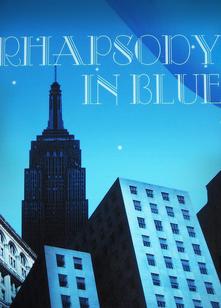 Other Classical Pages​ on this site...

It is not common knowledge that in addition to being a musical genius, George Gershwin was quite adept at painting! Both he and his brother Ira loved doodling when they were children and Ira considered becoming a professional illustrator. In fact, a 1934 article about George’s second interest said, “If his family had presented him with an easel and some paints when he was a child, instead of with a piano, he would be a professional painter today rather than a musician.” George had been planning a one-man show of his paintings, drawings and watercolors before his untimely death in July 1937.

​ HERE is a lesson plan for the above Language Arts ideas.  Download a supporting PowerPoint slideshow HERE. 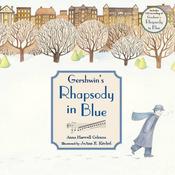 "Nocturne in Black and Gold"

"Rhapsody" is an ancient word meaning 'songs stitched together.'  In music, a rhapsody is a free-form piece that takes different tunes and strings them together and George Gershwin's RHAPSODY IN BLUE is just that--a collection of five memorable themes combined as a concerto for piano and orchestra which for the first time mixed the worlds of jazz and
​classical music.  Gershwin said this of his 1924 composition: "I heard it as a sort of musical kaleidoscope of America, of our vast melting pot, of our unduplicated national pep, of our metropolitan madness."  This webpage provides strategies you can 'stitch together'
to create your own lesson plans!​

Connect to the MUSIC

​“You can cut out parts of it without affecting the whole in any way except to make it shorter. You can remove any of these stuck-together sections and the piece still goes on as bravely as before. You can even interchange these sections with one another, and no harm done…And in fact all these things are being done to it every day.   It's still the Rhapsody in Blue.”

Many of the themes in Gershwin's famous piece have been used alone but there's nothing quite like hearing the entire
​Rhapsody in Blue from beginning to end the way it was intended.  Here are some ways you can do just that:​​ 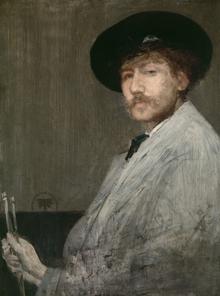 Al Hirschfield, American caricaturist, began his career in New York in the 1920’s just like George Gershwin. His unique style, a pure line drawing in black ink, has had an important influence on contemporary artists, cartoonists, and illustrators. His work was the inspiration for Disney artists’ rendition of Rhapsody in Blue in Fantasia 2000. Show your child a Gershwin caricature drawn by Hirschfield and discuss the style. Then ask your child to create a caricature of their own.  You might also enjoy watching the 1996 documentary, The Line King: The Al Hirschfeld Story together.

What is the Copyright Law?

This federal law gives authors the right to control their work for a limited amount of time but it was also established to promote creativity.  Download this flash file
to learn more. In 2020 works published in 1924 became public domain because their 95 year copyright term expired. This means that now anyone can use Rhapsody in Blue without obtaining permission to do so, but no one can ever own it—it belongs to all of us! United Airlines, which has been paying the Gershwin estate $300,000 a year since the 1980’s for the right to use the composition in its ads, has recently sponsored a Rhapsody Remastered project.  HERE is a child-friendly site with more copyright information.

Just as Ira Gershwin was inspired to name George’s concerto after the paintings of James Whistler, other visual artists have been inspired to create art using Gershwin’s title Rhapsody in Blue. Compare and contrast some of these artworks: Miguel Covarrubias (1925), Arthur Dove (1927), Earl Horter (1928), Diana Ong, and Michael Humphries (2001). To facilitate your discussion, a PowerPoint slideshow of these works can be downloaded HERE. Encourage your child to create his or her own interpretation of Rhapsody in Blue using any visual art medium

An announcement in the New York Times was the impetus for George to begin composing his first classical work. Gershwin's Rhapsody in Blue by Anna Celenza shares the true story behind this composition in a child friendly and compelling way.

George Gershwin got his inspiration for first his classical work, Rhapsody in Blue, while on a train ride, and American poet and social activist Langston Hughes created his first published poem while riding a train. Both men lived in New York in the 1920’s and were actively creating in their own genre incorporating the characteristics of jazz!  Learn more about Langston Hughes. ​

What Makes It American?

Learn about Ferde Grofé, the orchestrator for Rhapsody in Blue. Gershwin’s original score was notated for two pianos. He asked Grofé to score it for Paul Whiteman’s jazz band and later for orchestra. Compare and contrast Gershwin's composition with Grofé’s own composition “Mississippi Suite” written just one year later.
​What makes them each sound “American?”

The Negaunee Music Institute of the Chicago Symphony Orchestra has produced a virtual program inspired by The Music in George's Headby Suzanne Slade. It features narration by Kurt Elling and a 2015 CSO recording of Rhapsody in Blue conducted by Marin Alsop with Jon Kimura Parker as soloist. You will find it at CSOtv including a study guide.

​​Disney Studios included Rhapsody in Blue in their full-length feature Fantasia 2000. With artwork inspired by New York artist Al Hirschfeld, Disney animators share four different stories of New York residents in the 1920’s.  To truly appreciate the quality of this interpretation, be sure to watch the original.  You'll find it on DVD at your local library or information for viewing online HERE.  Pirated versions found on YouTube and elsewhere don't have the music and animation exactly in sync.

Thank you for contacting us! If needed, you will hear back within 48-72 hours. 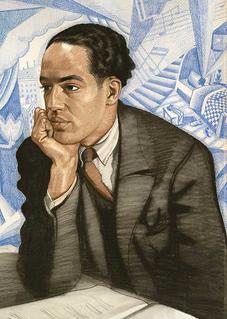 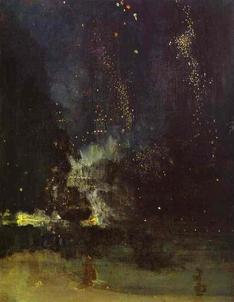 Study the poem, “The Negro Speaks of Rivers,” the work that launched Hughes’ career. Listen to the author talk about his poem.  Perform the poem as a choral reading. Encourage your child to compose his or her own poem using the ABA form of this work. 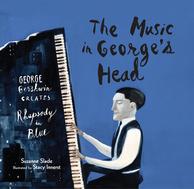 George's brother Ira wrote the words for many of his popular tunes and encouraged him to meet the challenge of composing a piece that was both classical and jazzy for their friend Paul Whiteman’s concert—“An Experiment in Modern Music.” In fact, it was Ira who made the suggestion that George change his original title of American Rhapsody toRhapsody in Blue based on titles American artist James McNeill Whistler was using for his paintings combining musical forms with colors.
​Learn about the life of James McNeill Whistler by reading Mike Venezia’s
James McNeill Whistler from his Getting to Know the World’s Greatest Artists series.

How Do Critics' Reviews Affect an Artist?

George knew he was a good composer, but he was not sure he was good at writing classical music. Read a newspaper review from the morning after Rhapsody in Blue’s premiere performance on February 12, 1924.  Learn how a review of James McNeill Whistler’s "Nocturne in Black and Gold" caused the artist to sue for libel HERE. He won but went bankrupt in the process!

HERE is a lesson plan for the above Visual Art ideas.  Download a supporting PowerPoint slideshow HERE.

The single clarinet line that introduces Rhapsody in Blue is likely one of the most recognizable beginnings of any classical work. The classic children’s book Harold and the Purple Crayon by Crockett Johnson also starts with a single line. Read the story or watch the Weston Woods or HBO animated version and ask these questions: Why did Harold draw? What did Harold need besides his purple crayon? Do you like to draw? Why do you think artists draw?

Portrait of the Painter